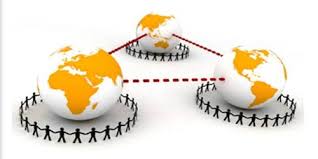 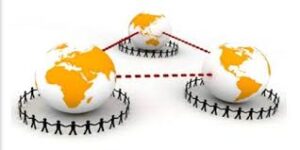 Because This Topic has some basic key Theories about Product Development & Its Economic and societal Catalyst and How these things has evolved International Trade..

The First Theory i want to start with that is famous one..

– Theory of absolute advantage –  Introduced Nearly 250 Year ago by Adam smith , the theory of absolute advantage. It was one of initial foundation for explaining why countries would want to trade goods with each other, Providing an economic basis for free trade among some countries . Adam smith described it in simplest way — IF TWO COUNTRIES SAME PRODUCT AT DIFFERENT  COST OF PRODUCTION. IT WOULD BE BENEFICIAL TO TRADE.

With International trade this concept also take transportation,labour and other cost into consideration to determine the final landed cost. if it is still lower than the importing countries ‘s cost of production, It could be beneficial to trade.

– Theory of competitive advantage – This Theory of Comparative advantage is given by David Ricardo in 1817. It considers the ability of any country to produce a particular good or service at lower marginal as well as Lower opportunity  cost over another. When a country has more resources like – Land ,labour,Capital or Entrepreneurship. They can have a comparative advantage in producing one or more products.

— Second stage – Sales in secondary group of developed countries gain momentum and Look like  products that use different patents or manufacturing process begin to be manufactured by local competitors..

— Third  Stage- The production process running smoothly and now total focus shifts on how to lower the product cost and Improvement of product with minimize cost.

Cluster Theory — OK, So this is the theory of 90s era.. given by Michael porter. It states that a firm can develop a competitive advantage in manufacturing of certain products when it is geographically close to its suppliers or competitors –  Examples of this is Silicon valley in California .

As other part of Title is  Apics Question

–  I  want to share How Apics ask a question from These theory.. –

Type 1 –  They will Give you a story based question Like this firm has done this and this &  it falls under Which theory they will provide you all option..

Hope  this blog will help you in APICS Certification exam..

Connect – http://www.apicsedu.club/  for all study material and books for APICS Certification